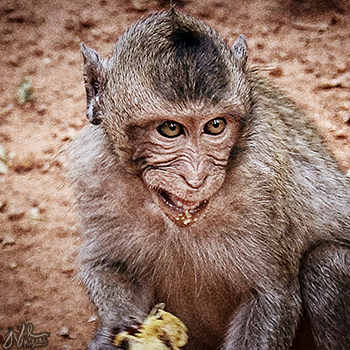 Everything that happens to the I that is you is an opportunity to evaluate: “am I passively receiving, am I for whatever reason turned off, or am I passionately active?” When an out of the blue thing happens, even something unpleasant, there’s a choice in what to do with it. Just as you have a choice to face down a test with an “I’m gonna fail” mentality or its opposite, and see which one turns out. In my practice, (I can actually say practice now in the full sense, as I’ve passed my Boards, yay) I spell it out clearly: Victim or Victor, what’ll it be? But we’ve got to get beyond the duality-beast that always hangs us up, so up comes a third option, the Viewer- the passive observer of a reality that can bite, or bless, or blah.  It’s a step away from the falsehood of dichotomy and a step closer to the broad spectrum of gray that is much more apparent to our gray matter than our materially-oriented gazing.

But what the hell, let’s throw more Vs in there with this Latin charge to claim your cosmic oomph: “Vi veri veniversum vivus vici.” What’s this about? “I, while living, have [conquered] the Universe,” wherein the bracketed can also be translated as “won, triumphed, or mastered.” That phrase goes way back, and has its roots in ancient mystery schools and in modern culture is a gang sign for uber-geeks that read comics about revolutionaries. Winning doesn’t have to be an Alexander the Great kind of deal, it can be an “I made it through some difficult hours or days,” which for so many of us is conquering enough. Breathing clearly for a day can be winning. Taking a damn walk- yes, a damn walk outside your house- can be winning. So can any odd thing, at least I believe it so; a clearly damming and awful thing can get ya, sic ya, mangle you up a tish- and you still come out smiling, because as the Mynabirds sing

, you choose the perspective:

“What we lose in the fire

We gain in the flood;

What we lose in the fire

Last Saturday night, something happened that caused me great physical pain- but I have a choice- succumb to pain and seek pity, ignore it and lose a chance to experience, or accept it and engage the interestingness and novelty of it, pry into the being-ness on this organism that can dare say for a brief moment in cosmic time “I Am.” There’s meaning, lessons, poetic metaphor, and a bunch of jokes which accompany the latter choice- and most of the jokes I make are pretty wrong. As for me, I revel in the opportunity to feel, even if it’s pain, because this thing called “body” is a reminder that existence is an entropy-dance, but one that can be so mesmerizing. There’s aspects of this that event suck, sure, but what takes more energy- pursuing to un-suck the suck out of a situation, or making use of what’s already there and learning about pain, nerves, skin, and a bit of animal psychology? Specifically, canine psychology, and my human arms are so tasty and tender?

Cheeks in tongues aside, dog maulings have affected me before every personally, but even worse many children and other vulnerable people are killed yearly from large aggressive breed dog attacks. Just last week, a 6 year old boy, not far from here… this is just my arm. Context changes everything. Whatever I’m experiencing, which is novel anyway, does not compare to that family’s suffering. The holes in my arm are not to fret over, especially where there’s holes left that are not remotely as easily mended. Every day we wake up, we’re lucky to be alive, as we are just a cellular player in the thin living biosphere’s life cycle, not ever it’s Top Dog.

Maybe it’s just me, I’m a bit weird, but these occurrences give us a chance to unplug from victim mentalities (it happened to me!) and thinking errors that we are somehow independently segmented from Creation. Then willingly, we plug into the power of being the Universe and all that comes with it, and maybe that rewrites the script of big canine jaw punctures not as a horror or tragedy, but just as thing that happens, an “existence tax,” a consequence of being here/now on a biological level. As such, it’s a reminder that we belong to an immense reality, by way of an OH HELL NO FUCK THIS HURTS LIKE A SUMMBITCH GET IT OFF NOW kind of way.

Reality does bite, but it’s how we eat.